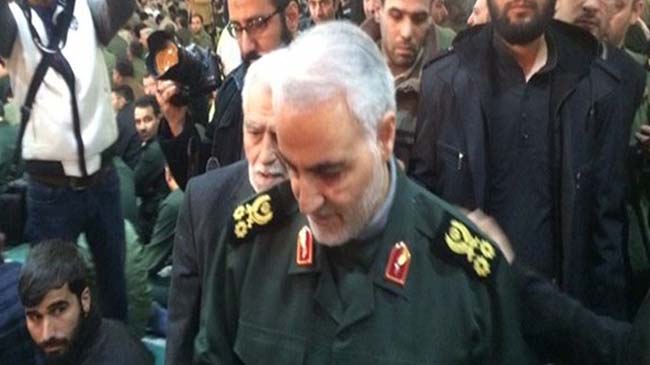 Former Italian Ambassador to Iraq Marco Carnelos said that he been told by American troops during his time of service in Iraq that Baghdad would have fallen to terrorists had it not been for Iran’s measures under Commander of the Quds Force of the Islamic Revolution Guards Corps (IRGC) Major General Qassem Soleimani.

“I had some personal meetings with American officials and they admitted during the meetings that had it not been for Iran’s immediate meddling in Iraq in 2014, Baghdad and Erbil would have fallen to the ISIL,” Carnelos, who also served as an advisor to Italy’s prime minister on Western Asia and North Africa, told an Iranian daily, Farhikhtegan.

He added that, based on his experience in Iraq, it was always Americans who were seeking to meet with Iranians and their requests were always declined by the Iranian side.

“I should admit that the US troops deployed in Iraq have a deep understanding of General Soleimani. They praise his capabilities. Through the Quds Force, Iran has managed to impede the American military’s progress in the Middle East. The American forces have no choice but to accept the general as a key military figure in the region,” highlighted the Italian diplomat.

Early in March, Foreign Policy’s 10th annual special edition of Global Thinkers named Soleimani as the world’s best strategist in the field of defense and security.

It placed General Soleimani on top of the list of the most influential people in the defense and security sector, followed by German Defense Minister Ursula von der Leyen.

The magazine wrote, “Qassem Soleimani has led Iran’s military efforts for two decades now, but his role has never been larger than it is today. Soleimani’s fingerprints are everywhere that Iran is active.”

He has also become the public face of Iran’s response to the US President Donald Trump’s threats. “We are near you, where you can’t even imagine,” General Soleimani warned in July 2018. “We are ready.”

Earlier in mid-September, Armenian member of the Iranian Parliament Karen Khanlari lauded General Soleimani for his efforts in fighting against the terrorist groups and saving the lives of the Armenian and Assyrian people in Syria.

“I should thank General Qassem Soleimeni and other military forces who are present in Syria at the demand of the country’s government to establish security. They could keep away the Syrian Armenians and Assyrians in many conditions from massacre and serious harms,” Khanlari said.