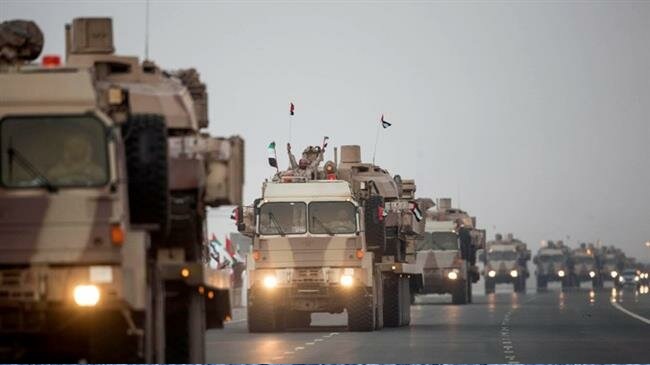 The United Arab Emirates (UAE) has reportedly deployed dozens of southern separatists on the Yemeni island of Socotra in the Arabian Sea as divisions grow in the Saudi-led coalition waging war on Yemen over Abu Dhabi’s military build-up on the strategic island.

Members of Yemen’s Saudi-backed former government said Wednesday that around 100 separatists had disembarked in civilian clothes on Monday from a UAE naval vessel on Socotra, Reuters reported.

According to the sources, Abu Dhabi had trained a batch of 300 troops bound for Socotra in Yemen’s southern embattled city of Aden, where the administration of ex-president Abd Rabbuh Mansur Hadi is based.

The deployment comes amid deepening rifts between forces loyal to the UAE and those supporting Saudi-backed Hadi.

UAE Minister of State for Foreign Affairs Anwar Gargash, denied the reports of deployment, without elaborating.

In recent days, the UAE has reportedly increased the number of its military troops on Socotra amid ongoing tensions with Hadi. Emirati cargo flights have unloaded tanks, armored transports and heavy equipment on the scenery island.

Hadi loyalists say the UAE, which has been part of the Saudi-led coalition pounding Yemen since 2015, had abandoned an initial cause of fighting the Houthi Ansarullah movement, and is instead providing support to those seeking a separation of southern Yemeni territories from the north of the country.