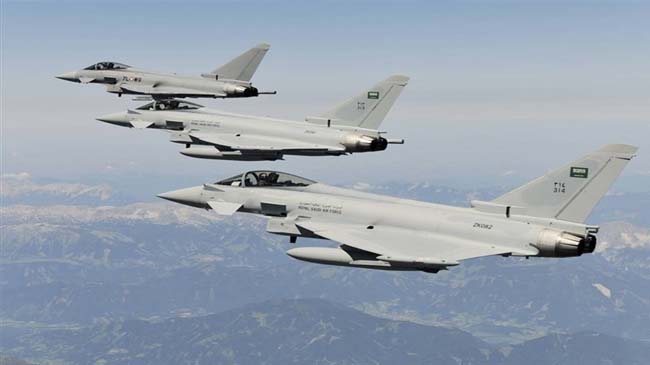 At least three people were killed after Saudi-led warplanes carried out airstrikes against an area in Yemen’s southwestern province of Dhale.

According to Saba news agency, 13 others sustained injuries when Saudi fighter jets conducted aerial assaults against Qatabah district on Saturday.

Yemen’s defenseless people have been under massive attacks by the coalition for more than four years but Riyadh has reached none of its objectives in Yemen so far.

According to a recent UN report, the combined death toll from the Saudi-led aggression and disease is 233,000, or 0.8 percent of Yemen’s 30 million-strong population.