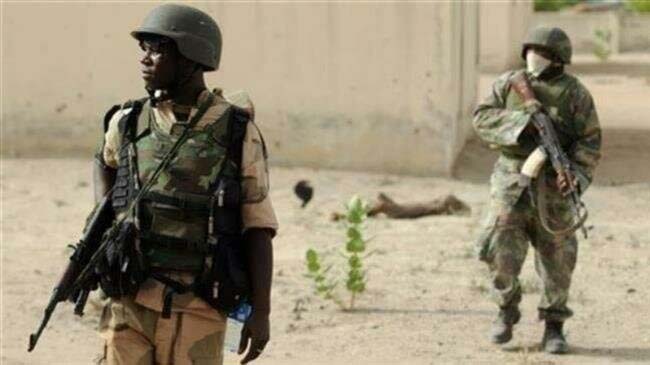 Members of the Takfiri Boko Haram terrorist group have carried out multiple attacks on military bases in northeast Nigeria, seizing three of them and stealing weapons.

Militants of the terror group have invaded four bases in the volatile Borno State from Friday through Sunday in the recent series of attacks targeting the army, military sources said on Monday.

There were no immediate reports about possible casualties.

In the latest assault on Sunday, the militants failed to seize a base in the town of Dikwa, located in Borno State, following a predawn attack.

“The terrorists attacked troops in Dikwa around 4:00 a.m. (0300 GMT) but the attack was repelled without casualty on our side,” said a military officer, who did not want to be identified.

On Saturday, the militants stormed a base in the town of Marte, which lies 40 kilometers away from Dikwa, forcing soldiers to withdraw after a long gunfight, the two military sources said.

As the soldiers retreated to Dikwa, the militants invaded another base in Kirenowa village, located 30 kilometers from Marte.

Troops in a base in Dalwa village, 16 kilometers outside Borno State’s capital of Maiduguri, were pushed out after a six-hour battle with the militants which continued into Sunday, said the military sources.

The fighting forced Marte residents to flee into Maiduguri, arriving in trucks on Sunday, according to residents of the city.