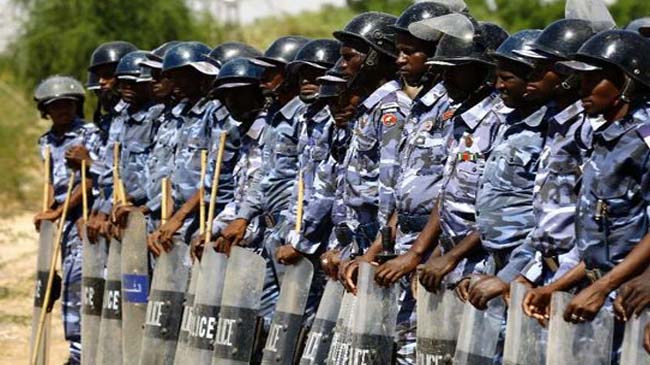 Nine protesters were shot dead Monday as Sudan’s ruling military tried to break up a sit-in protest outside army headquarters in Khartoum, a doctors’ committee close to demonstrators said.

It said the death toll “from the massacre today has risen to nine martyrs, with four new martyrs,” since its last statement, the Central Committee of Sudanese Doctors said on its Facebook page.

Heavily armed security forces in pick-up trucks mounted with machine guns were deployed in large numbers all around the capital, while protesters put up makeshift barricades and closed off streets.

The committee also reported a “large number of critical casualties,” calling the attack a “massacre”.

Gunfire was heard from the protest site by an AFP journalist, who reported a heavy deployment of security forces around the streets of the capital.

There were multiple reports of the military using force to disperse the sit-in in front of army headquarters, where protesters have been camped out for weeks.

“Now an attempt is taking place to disperse the sit-in at the headquarters of the people’s armed forces by force by the military council,” said the Sudanese Professionals Association (SPA), the group which spearheaded nationwide protests that started in December.

The SPA said it amounted to a “bloody massacre” and called on Sudanese to take part in “total civil disobedience” to topple the military council.

Rallies against Bashir’s authoritarian, three-decade rule led to his ouster in April, but protesters have remained outside the army headquarters calling on the generals to cede power to a transitional authority.