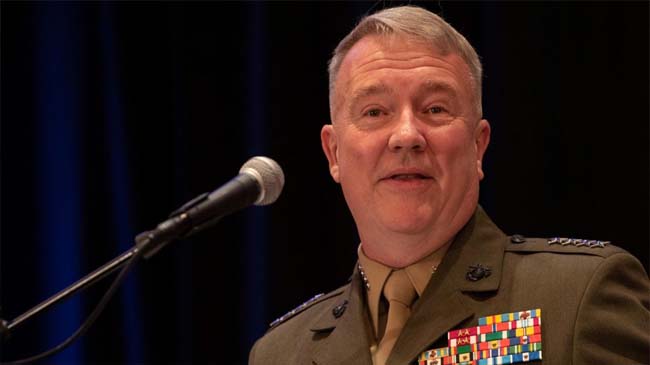 Kenneth Franklin “Frank” McKenzie, Commander of US Central Command, has said he believes the military action taken by Washington in the Persian Gulf made Iran “step back and recalculate”, but the threat from Tehran remains “imminent”.

Speaking to reporters in Baghdad, McKenzie said he is unsure whether US military movements made a long-lasting impression on Tehran.

“It is my assessment that this has caused the Iranians to back up a little bit, but I’m not sure they are strategically backing down”, he told The Associated Press.

In a separate interview with NBC, he also said he feels “the threat is imminent”.

“They probe for weakness at all the times”, he told NBC. “I would say the threat has probably evolved in certain ways even as our defensive posture has changed and become more aggressive”.

McKenzie, who took command of CENTCOM shortly before the tensions with Iran began to rapidly escalate, was the first to request deployment of additional troops to the region, The Hill report says.

Speaking with the journalists, he noted that the intelligence he has on the alleged Iranian threat was “clear, compelling, advanced, imminent and very specific”.

He refused to provide specifics saying the intel is classified, according to AP.