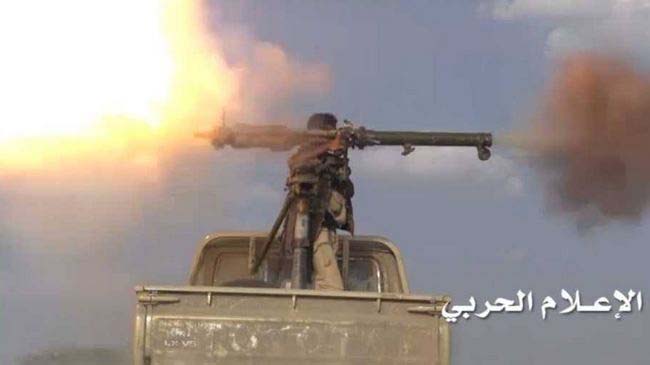 The Yemeni army and popular committees frustrated a major attack launched by the Saudi-led mercenaries in Ajasher desert in Najran, inflicting heavy losses upon them.

The Yemeni forces managed to kill dozens of Saudi-led mercenaries and destroy many of their vehicles, according to field sources.