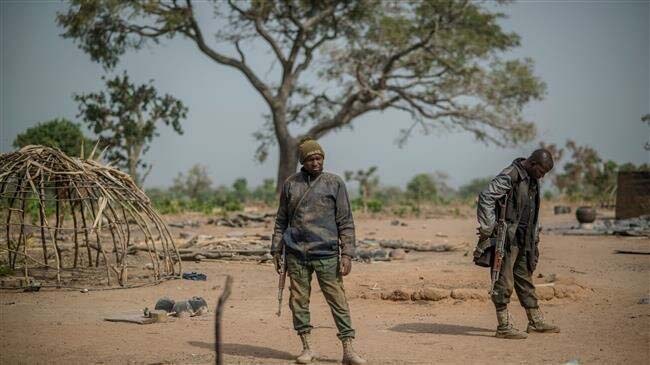 At least 43 people have been killed after gunmen, riding motorbikes, attacked villages in northern Nigeria.

The string of attacks — the latest violence by criminal gangs raiding villages and stealing livestock — were carried out overnight Saturday to Sunday in Nigeria’s far northwestern Sokoto state, police said on Monday.

Four people — including a female informant of the gangs — have been arrested in connection to those attacks, Kaoje said.

In a separate attack in Satiru village, in Sokoto’s Isa district, attackers murdered 18 people, and then stole animals.

“We lost 18 people in the raid by the gunmen, who came into the village on motorcycles,” said Satiru village resident Umeh Na-Ta’ala.

President Muhammadu Buhari has condemned the killings, expressing his “deep shock and sadness over the death of scores of people in the banditry attacks,” in a statement issued late Sunday.

The gunmen have repeatedly conducted raids on villages, stealing cattle and food, setting homes ablaze and kidnapping for ransom, prompting rural communities to take up arms to defend themselves.