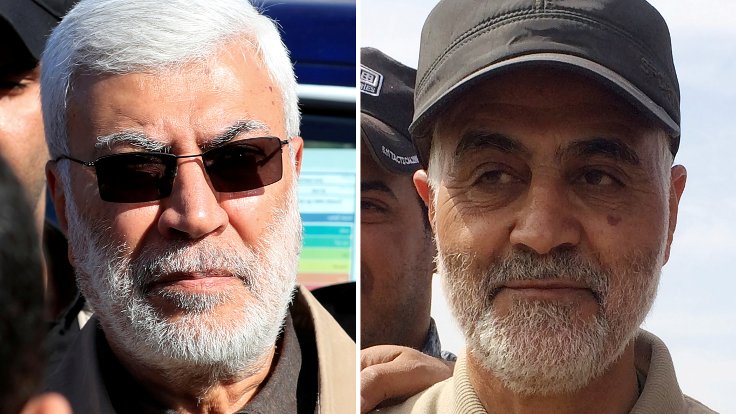 Major General Qassem Soleimani, the commander of the Quds Force of Iran’s Islamic Revolution Guards Corps (IRGC), and Abu Mahdi al-Muhandis, the second-in-command of Iraq’s Popular Mobilization Units (PMU), have been assassinated in US airstrikes in the Iraqi capital Baghdad.

The IRGC announced in a statement on Friday morning that Major General Soleimani and al-Muhandis were martyred in an airstrike. The Iraqi pro-government group also confirmed the incident.

“The deputy head of the Hashed, Abu Mahdi al-Muhandis, and head of the Quds Force, Qasem Soleimani, were killed in a US strike that targeted their car on the Baghdad International Airport road,” it said in a statement on Friday.

“The American and Israeli enemy is responsible for killing the mujahideen Abu Mahdi al-Muhandis and Qassem Soleimani,” said Ahmed al-Assadi, a PMU spokesman.

The group had earlier said that its public relations director Mohammed Reza al-Jaberi and four other members of the group were also killed after three Katyusha rockets struck a military base next to Baghdad International Airport in the Iraqi capital.

The media bureau of the voluntary forces – better known by the Arabic word Hashd al-Shabai – described the early Friday morning attack as a  “cowardly US bombing”.

Shortly after the attack, US officials, speaking on condition of anonymity, told Reuters that the strikes were carried out against two targets linked to Iran in Baghdad. The officials declined to give any further details.

Meanwhile, security sources, speaking on condition of anonymity, told AFP that eight people were killed in the attack.

The development came as the United States military said on Sunday it had carried out strikes in western Iraq against Kataib Hezbollah group, which is part of the pro-government Popular Mobilization Units – better known by the Arabic word Hashd al-Sha’abi.

Senior Iraqi officials also condemned the US attack against the Kataib Hezbollah’s positions as a “violation of Iraqi sovereignty”.

Caretaker Iraqi Prime Minister Adel Abdul Mahdi called the move a “dangerous escalation that threatens the security of Iraq and the region” in a statement on Sunday,

US contractor killed in rocket attack on Iraq base: American officials

American officials say a “US civilian contractor” has been killed in, what they describe as, a rocket attack targeting a military base in northern Iraq.

Abdul Mahdi said US Secretary of Defense Mark Esper had called him about half an hour before the US raids to tell him of the US intentions to hit Kataib Hezbollah’s bases. He said he asked Esper to call off US plans.

The US raids drew a wave of condemnation from officials and movements across the region, and triggered furious public protests outside the US embassy in Baghdad.

The United States evacuates its Embassy in Baghdad as thousands of angry Iraqi demonstrators gather outside the gates of the compound to condemn Washington’s fatal military aggression against the PMU.

The Pentagon said the bombings were in response to attacks targeting American forces near the oil-rich northern Iraqi city of Kirkuk last week, which reportedly killed a US civilian contractor and injured four US service members, as well as two members of the Iraqi security forces. The US accused Kataib Hezbollah group of the attack.