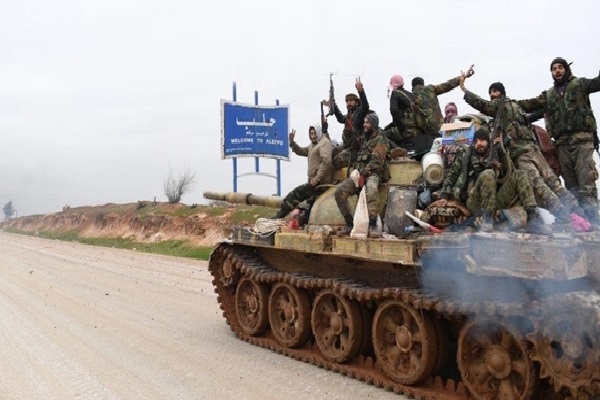 The Syrian army forces liberated all areas in Southern Idlib, sources close to the dissidents reported.

The London-based Syrian Observatory for Human Rights (SOHR) reported on Thursday that the army troops have had rapid advances in the Southern countryside of Idlib and Shahshabou heights as well as Sahl a-Qab in Hama.

It added that the Syrian army seized full control over Shahshabou heights on Thursday, noting that the entire regions in Southern Idlib province have been liberated.

The Syrian army forces have recaptured 458sq/km and 1,432sq/km of territories in Aleppo and Idlib, respectively, since the start of their operations against the terrorists in the two provinces on December 19.

Only in the past 60 hours, the army troops and their allies have imposed control over 30 towns and villages in the important Jabal al-Zawiyeh region.

The Syrian army soldiers could liberate 5 new regions in Southern Idlib Tuesday night. In case of further advance in the region, the terrorists will be surrounded in Jabal al-Zawiyeh.