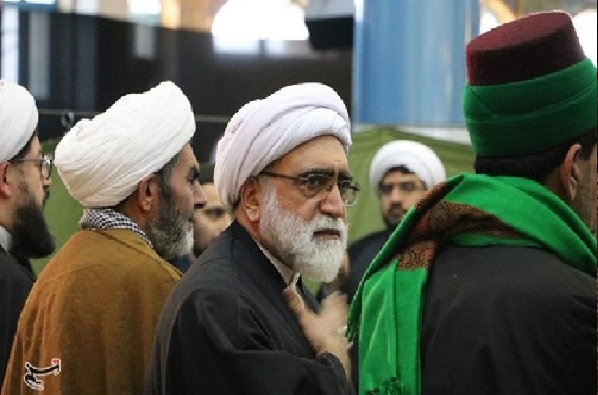 Hojatoleslam Ahmad Marvi, the chief custodian of the holy shrine of the eighth Shiite Imam in Iran’s Mashhad, condemned the recent wave of anti-Muslim violence in India, calling on all Islamic governments to support the oppressed Indian Muslims.

In a message on Saturday, the chief custodian and trustee of the Astan Quds Razavi, a charitable organization holding trusteeship of the holy shrine of Imam Reza (AS) in the northeastern city of Mashhad, stressed the need for the Islamic community’s support for the rights of Indian Muslims facing repression and violence.

Hojatoleslam Marvi said while India is famous for peaceful co-existence among various religious, ethnic and racial groups and is known as an example of inter-religious and inter-ethnic toleration, the recent wave of anti-Muslim violence in that country has worried all people feeling concern about the pains of others.

“What is obvious is that the recent incidents in India and the outbreak of violence and imposition of restrictions against Muslims are condemned under the name of any religion, faith and ethnicity, and are a plot against all religions and faiths,” the top cleric said, adding that such violent actions are serving the benefits of the powerful and arrogant parties.

He expressed his sympathy with the injured and with the families of victims of the recent wave of anti-Muslim violence in India, called on all Muslim governments, the Islamic Ummah, and the justice-seeking people around the world to support the rights of Muslims, and urged the Indian government to protect the civil rights of its citizens.

The attacks were carried out on protesters who have been rallying against a new citizenship law, after the ruling Bharatiya Janata Party (BJP) leader Kapil Mishra threatened peaceful sit-ins would be removed from the streets.

The violence in Delhi killed scores of people.

It was the worst violence in Delhi since 1984, when more than 3,000 Sikh minority were killed following the assassination of then-Prime Minister Indira Gandhi.