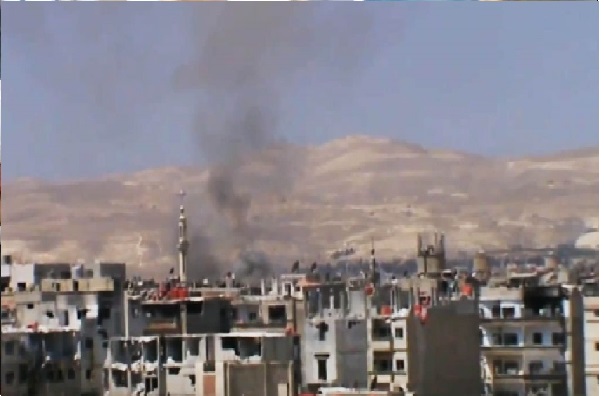 The Turkish regime-backed terrorist groups on Saturday continued to violate the cessation of hostilities agreement signed earlier, committing 19 new violations during the past 24 hours and targeting with shells the villages of Hazaren and al-Dar Al-Kabira in Idlib southern countryside.

Head of the Russian Coordination Center Oleg Zhuravlev announced in a statement quoted by Sputnik News Agency that 19 violations of the agreement have been monitored during the past 24 hours.

SANA’s reporter in Idlib said that terrorist groups supported by the Turkish regime launched on Saturday afternoon 4 shells on the villages of Hazaren and al-Dar-al-Kabera in Idlib southern countryside, causing material damage.

The reporter said that the Syrian Arab Army units operating in the area between Sfohin and Hazaren retaliated with the suitable weapons against the sources of the attacks.