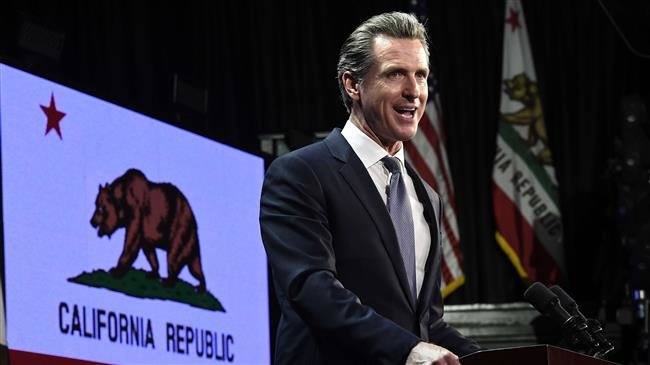 The Governor of the US state of California, Gavin Newsom, plans to withdraw all 360 state troops from the US-Mexico border, in defiance of President Donald Trump’s request for support from border states.

In his upcoming State of the State address on Tuesday, the Democratic governor will say he is giving the National Guard a new mission so they do not participate in “political theater,” the Los Angeles Times newspaper and other media reported Monday.

In the reported excerpts from his speech, Newsom says that he will redeploy the troops to support efforts to counter wildfires and drug smuggling, in an apparent rebuttal of the Republican president’s stance that there is a national security crisis at the border.

“The border ‘emergency’ is a manufactured crisis, and California will not be part of this political theater,” Newsom plans to say.

The original troop deployment, authorized by former California Governor Jerry Brown, was set to end March 31. California shares an international border with the Mexican state of Baja California to the south.

Just a month into his governorship of the nation’s most populous state, Newsom has sparred with Trump on immigration and other issues. He has held up California as an antidote to what he deems a corrupt Washington.