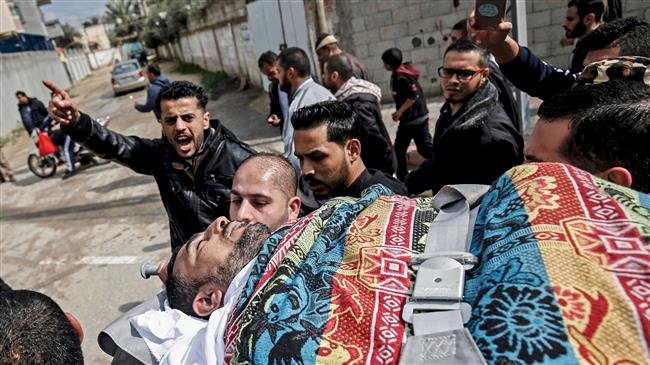 Two Palestinians, including a police officer from Hamas resistance movement, have been killed inside a lifeline tunnel between Egypt and the besieged Gaza Strip, due to inhaling poisonous gas.

The spokesman for the Gaza Ministry of Interior and National Security, Iyad al-Bozum, said in a statement on Monday that 39-year-old Major Abdul Hamid al-Akar and Sobhi Abu Qershein, 28, “suffocated to death inside the tunnel after inhaling unknown poisonous gases.”

The statement added that Palestinian civil defense teams were able to retrieve the bodies of the two Palestinians “after a great deal of efforts that lasted several hours,” noting that the pair had lost their lives “while trying to rescue Palestinians who had been trapped in the tunnel.”

Two other security officers were rescued and taken to hospital for treatment, Bozum pointed out.

The statement, however, did not provide further details about the details of the deaths.

A Palestinian security source, requesting anonymity, said the Egyptian military used gas to halt the use of lifeline cross-border tunnels under the southern sector of the Gaza Strip. The Egyptian army could not be reached for comment.