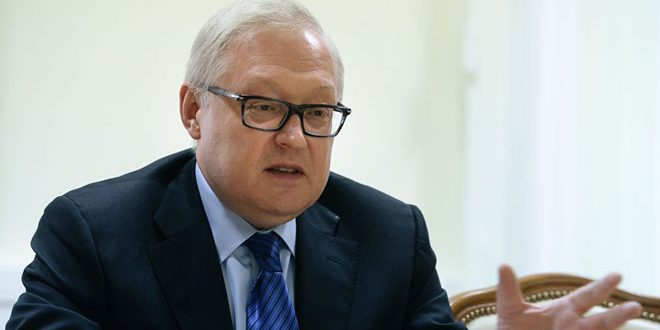 Russian Deputy Foreign Minister Sergei Ryabkov stressed his country’s insistence on a complete pullout of US troops from Syria.

Ryabkov was cited by Sputnik as saying to reporters ” We insist that the US administration must do what it announced it will do, that is to fully withdraw from Syria and end its unlawful military presence there.”

Ryabkov also condemned the Israeli airstrikes against Syria as “illegitimate” and “unjustified”.

“He said that Russia condemns the Israeli strikes on targets in Syria and consider them unjustified no matter the pretext.