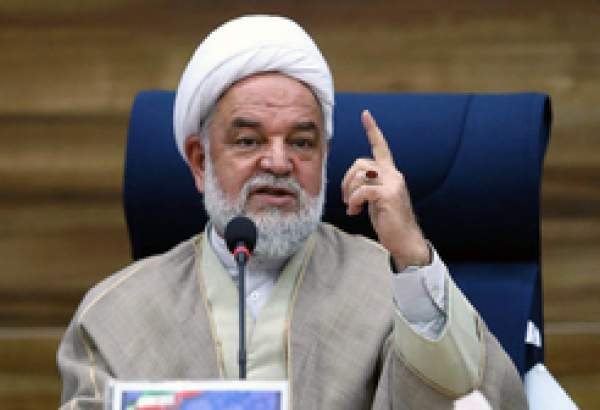 Hujjat-ul-Islam Abul Qasim Yaghoubi, representative of the Supreme Leader in northern Khorasan province hailed massive turnout of the Iranian nation in ceremonies for 40th anniversary of the Islamic Revolution saying that the popular movement substituted the true Islam and lifestyle of Prophet Mohammad (PBUH) for the superstitious American-style of the religion, reported Taqrib News Agency (TNA).

Chairman of the provincial council of northern Khorasan seminaries said,” Islamic revolution of jihad and martyrdom was substituted with Islam of slavery and submission.”

He drew on the distinctions between the Islam before and after the 1979 Revolution and hailed the Islam of knowledge which replaced the older version of ignorance and petrification.

He lauded the special attention for the oppressed in post-revolution era instead of the religion as a plaything in the hands of powers before the uprising.

Iranian senior cleric made the remarks in the wake of the 40th anniversary of the Islamic Revolution marked across the country.