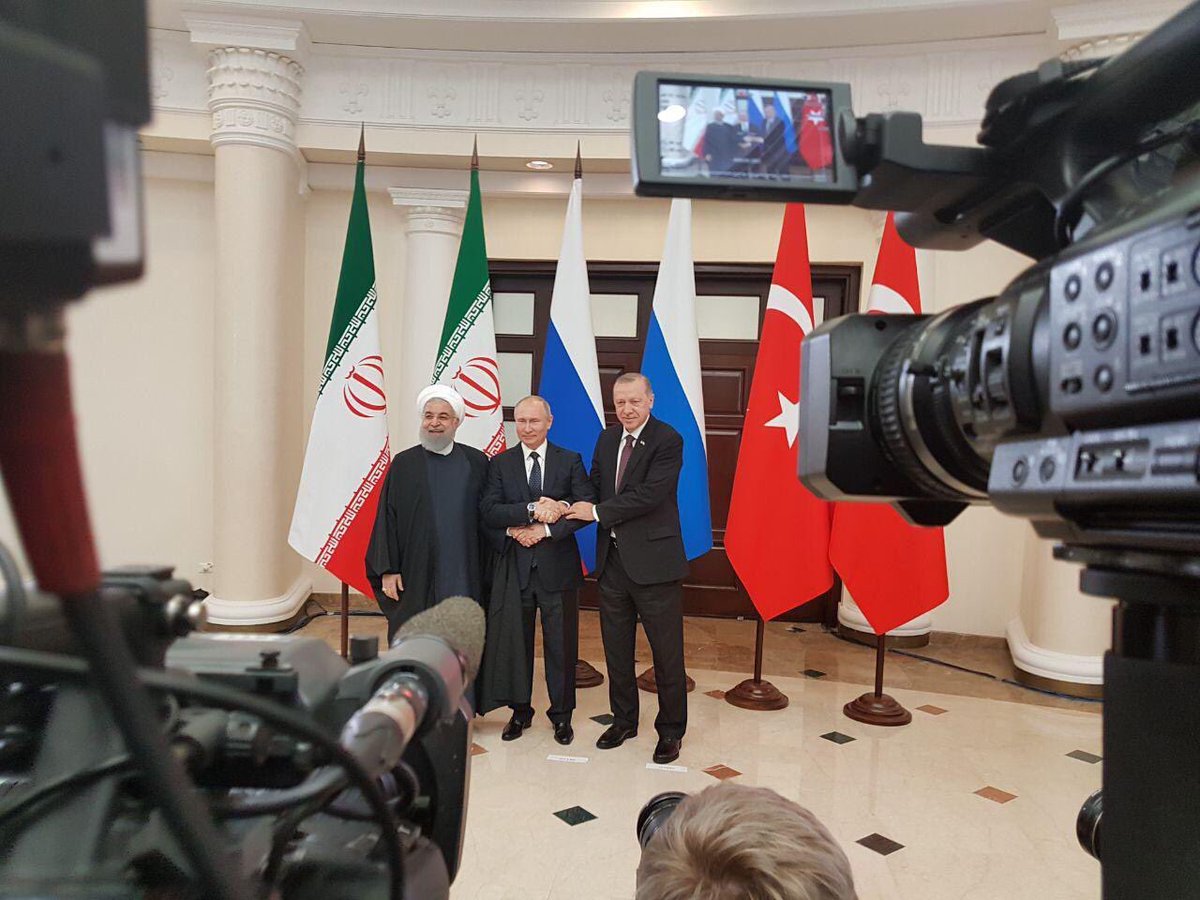 The presidents of Russia, Iran and Turkey, Vladimir Putin, Hassan Rouhani and Recep Tayyip Erdogan have held the fourth trilateral meeting of the heads of Astana process guarantor states in Sochi.

Talks on Syria at the Russia-Turkey-Iran summit in Sochi were constructive and thorough, Russian President Vladimir Putin said Thursday.

“We completed very thorough talks on Syria. They were held in a constructive and businesslike manner. I note that our meetings in a trilateral format have become regular. Today we held the fourth summit. Such close coordination allows us to effectively carry out work aimed at achieving long-term normalization in the Syrian Arab Republic,” Putin said following the summit.

“Jointly with the partners, we identified key areas for further cooperation in resolving the Syrian crisis. The agreements reached on this issue were reflected in the final joint statement,” he said.

For his part, President Rouhani stressed that the efforts will be concentrated on implementing Idlib agreement, blaming the US for supporting the terrorist groups in Syria and Iraq to serve its own interests.

Russia, Iran and Turkey will assist the speedy launch of the constitutional committee in Syria, which is designed to address the fundamental aspects of the future state system in the republic, Putin said.

“We agreed to promote by joint efforts the soonest possible launch of the constitutional committee, which is designed to address the fundamental aspects of the future state structure of the Syrian Arab Republic,” Putin added.

He said Russia, Iran and Turkey had actively worked on the issue and achieved progress.