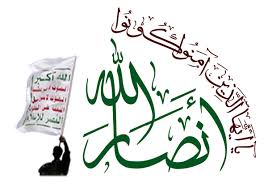 Yemen’s Ansarullah movement blasted the foreign minister of the mercenaries’ government, Khaled Al-Yamani, for attending the Warsaw conference in presence of the Zionist premier Benjamin Netanyahu, considering that this comes in the context of the Zion-American schemes plotted against the region’s people.

In a statement issued on Thursday, Ansarullah stressed that the Yemenis reject all the attempts to normalize ties with the Zionist entity made by some Arab regimes at the expense of the Umma’s causes, including the Palestinian one.

Al-Yamani’s act of sitting next to Netanyahu reflects the national treachery and moral bankruptcy of the Saudi-led government in Yemen, according to the statement.

Netanyahu hailed Thursday as ‘historic’ an anti-Iran meeting in Warsaw where he is joining Arab states, saying they stood ‘united’ against Iran and voicing hope that cooperation extends to other areas.