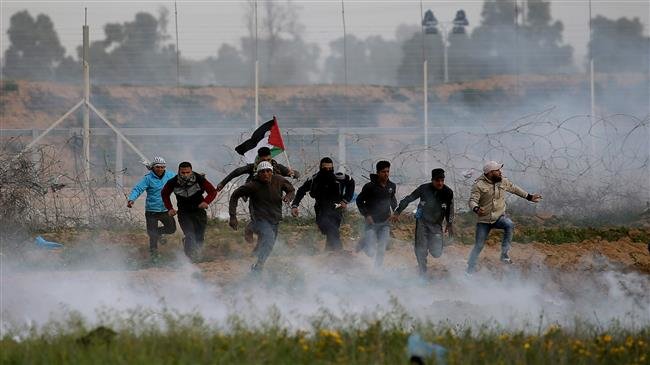 Israeli forces have opened fire at anti-occupation protesters gathering on the edge of the besieged Gaza Strip, leaving 17 people injured.

Palestinian media outlets cited the Gazan Health Ministry as saying that 17 Palestinians had been shot and injured east of Gaza on Friday.

The ministry said that teargas canisters fired by the Israeli forces directly hit a journalist and three paramedics during the Friday rallies.

The Israeli attack on the Palestinian protesters came a day after a United Nations Human Rights Council-mandated investigation found that the regime’s forces may have perpetrated “war crimes” or “crimes against humanity” in the campaign against the Palestinians in Gaza.