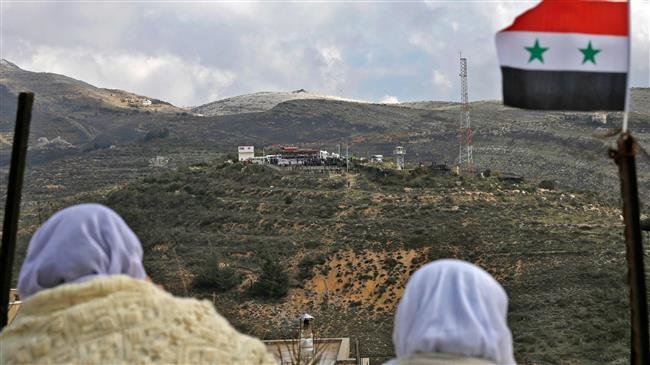 UN Special Envoy for Syria Geir O. Pedersen has underlined Syria’s sovereignty over the Golan Heights, rejecting a US congressional motion to recognize Israel’s annexation of the occupied territory.

“Obviously the Security Council is very clear that the Golan is Syrian territory, and the first aspect of [Resolution] 2254 is of course the territorial integrity of Syria,” Pedersen told reporters at a Security Council briefing on Syria held on Thursday in New York.

He made the comments in response to a question regarding a bill introduced by Republican members of the US congress which seeks to recognize Syria’s Golan Heights as Israeli territory.

The measure, brought by Senators Ted Cruz and Tom Cotton as well as Representative Mike Gallagher, cites concerns about what the lawmakers call a “threat” posed by Iran.

“The United States has been committed for over 40 years to ensuring Israel’s security from attacks emanating from across the Golan Heights,” the bill’s sponsors said Wednesday.