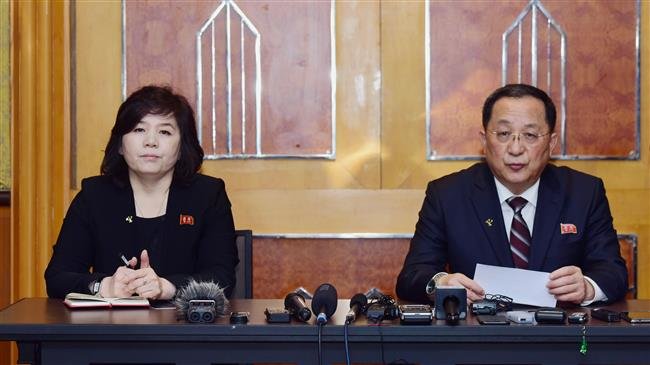 North Korea says it had expressed readiness to the US during talks in Vietnam to fully dismantle its nuclear program in exchange for a partial removal of sanctions, contradicting US President Donald Trump’s assertion that Pyongyang demanded a full sanctions removal before a complete denuclearization.

Following the collapse of his second summit with North Korean leader Kim Jong-un in Hanoi on Thursday, Trump told reporters at a press conference that he “had to walk away” from the negotiations because Kim insisted on the removal of all sanctions as a prerequisite to denuclearization.

“Basically, they wanted the sanctions lifted in their entirety, but we couldn’t do that … we had to walk away from it,” a downbeat Trump said.

North Korean Foreign Minister Ri Yong-ho, however, offered a starkly different breakdown of the summit, telling reporters in a separate presser that Pyongyang never asked for the removal of all sanctions.

According to him, Pyongyang had relayed to Trump that it was ready to “permanently and completely dismantle all the nuclear production facilities” at Yongbyon – its main site – if the US agreed to scrap sanctions “that hamper the civilian economy and the livelihood of our people.”

Ri said North Korea would be willing to move forward with denuclearization provided that the two sides went through several levels of trust-building steps.

He also warned that the North’s stance was “invariable” and that its offer will “never change” even if Washington proposed more negotiations.