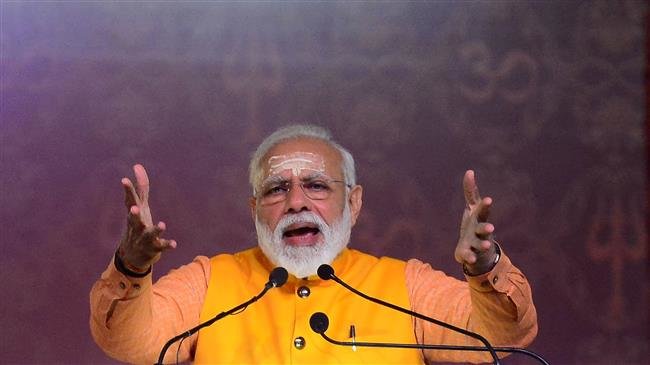 Pakistan’s Prime Minister Imran Khan says his administration will return a captured pilot “as a peace gesture” to India as recent cross-border tensions fuel fears of an all-out war.

“As a peace gesture we will be releasing him tomorrow,” Khan told a parliament session in Islamabad on Thursday, presstv.ir reported.

The pilot, identified by Pakistani authorities as wing commander Abhi Nandan, became the human face of the latest flare-up following the release of videos showing him being captured and later held in custody.

Khan had already called for talks with India to prevent the risk of a “miscalculation” between their nuclear-armed armies.

On Wednesday, he offered talks with India and said better sense should prevail in relations between the two countries. “Let us open the corridor of negotiations and settle all outstanding issues.”

Separately on Thursday, Pakistan’s Foreign Ministry said that it was prepared to release the captured Indian pilot if doing so would settle growing tensions with India.

“We are ready to hand over the Indian pilot if it leads to de-escalation,” a ministry spokesperson said.

Tensions between the two neighbors have drawn international attention. Russia, China, the European Union, the US, and other countries have urged restraint from the two nations.

Indian and Pakistani troops on Thursday traded fire along the contested border in Kashmir on at least three occasions. Troops from India and Pakistan first exchanged fire in the Poonch district for over an hour at 6 a.m.

Aijaz Ahmad, a resident in the section of Kashmir that is administered by the Indian government, said he was still hearing heavy firing on Thursday afternoon.

“Loud sounds of mortar shells are being heard from a distance. Shops… are open but there is a lot of tension.”

Earlier on Thursday, India’s Prime Minister Narendra Modi told a rally of supporters that New Delhi would unite against its enemies.

“The world is observing our collective will. It is necessary that we shouldn’t do anything that allows our enemy to raise a finger at us,” he said.

Pakistan’s military sources said four civilians had been killed and two wounded in what it called a “deliberate” attack along volatile frontier by India during the past 48 hours.

The escalation follows a car bombing that killed at least 40 Indian paramilitary police in Indian-controlled Kashmir on Feb. 14.

On Wednesday, the two countries claimed to have downed each other’s jets and each accused the other of breaching ceasefire agreements.

Kashmir has been split between India and Pakistan since partition in 1947. Both countries claim all of Kashmir and have fought three wars over the territory.

Indian troops are in constant clashes with armed groups seeking Kashmir’s independence or its merger with Pakistan.

India regularly accuses Pakistan of arming and training militants and allowing them across the restive frontier in an attempt to launch attacks. Pakistan strongly denies the allegation.