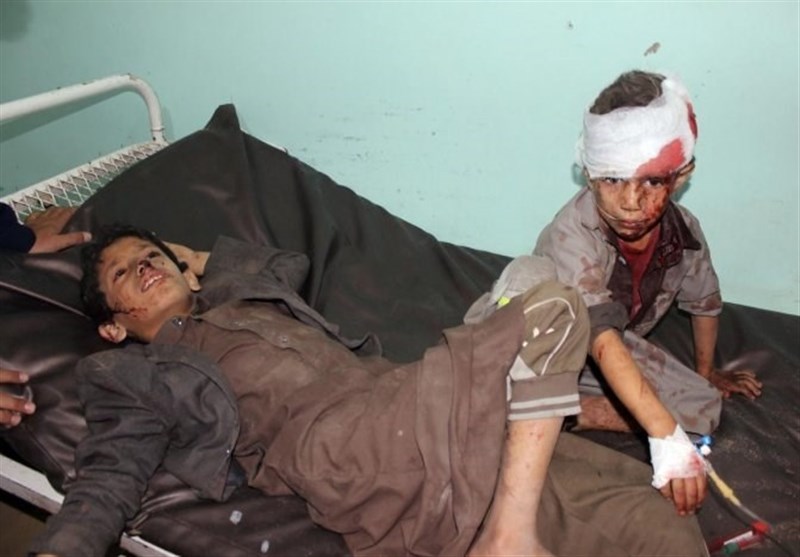 Henrietta Fore, the executive director of the United Nations Children’s Fund (UNICEF), said that the Saudi-led war on Yemen continues to take a “horrific toll” on children.

In a statement released on Saturday, Fore said that “in Yemen, children can no longer safely do the things that all children love to do, like go to school or spend time with their friends outside. The war can reach them wherever they are, even in their own homes.”

It came after five children were killed in Hudaydah on Thursday after Saudi-backed militants violated a UN-brokered ceasefire in the western port city.

“Each day, eight children are killed or injured across 31 active conflict zones in the country,” Fore added, according to the official website of the UN.

“Talks and conferences have so far done little to change the reality for children on the ground. Only a comprehensive peace agreement can give Yemeni children the reprieve from violence and war that they need and deserve.”

Last Monday, Geert Cappelaere, UNICEF Regional Director for the Middle East and North Africa, said that the “mind-boggling violence” in Yemen has not spared a single child.

His comments came the day before a high-level pledging event for Yemen, held in Geneva, which raised $26 billion to support Yemenis facing a crisis described by UN chief António Guterres as an “overwhelming humanitarian calamity.”

Cappelaere also noted that generosity and aid will not, on their own, bring an end to children’s suffering in Yemen, and called on warring parties to “put an end to violence in hotspots and across all of Yemen, protect civilians, keep children out of harm’s way and allow humanitarian deliveries to children and their families wherever they are in the country.”

On February 18, following two days of talks in Hudaydah city, Yemen’s Houthi Ansarullah movement and forces loyal to fugitive former president Abd Rabbuh Mansur Hadi finalized a deal on the first phase of a pullback from the port city and also agreed in principle on the second phase.

The first phase provides for a pullback from the ports of Hudaydah, Saleef, Ras Issa and from parts of the city where there are humanitarian facilities.

The United Nations is hoping that a de-escalation in Hudaydah will allow desperately-needed food and medical aid to reach millions on the brink of starvation in Yemen.

A new round is planned within a week to finalize details on the second phase of redeployment.

The ceasefire and a Hudaydah pullback agreed in Stockholm have been hailed as a major step toward ending Saudi Arabia’s nearly four-year war on Yemen.

Since March 2015, Saudi Arabia and some of its Arab allies have been carrying out deadly airstrikes against the Houthi Ansarullah movement in an attempt to restore power to fugitive former president Mansour Hadi, a close ally of Riyadh.