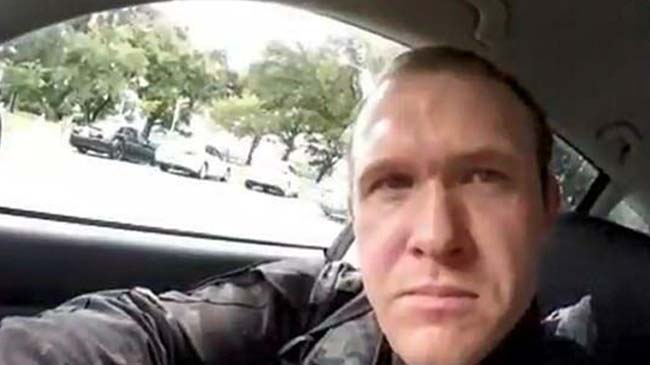 A mass shooting at two mosques in Christchurch, New Zealand, on Friday has left an astonishing total of 49 people dead, according to The Associated Press. The shooting was carried out by at least one gunman who posted on online “manifesto” stating white supremacist viewpoints and naming prominent Donald Trump supporter and right-wing American media personality Candace Owens as the person who most inspired him to commit acts of violence.

He also praised Trump himself “as a symbol of renewed white identity and common purpose.” But he disavows Trump as “a policy maker and leader.”

The attack began at approximately 1:40 p.m. New Zealand Daylight Time at Masjid Al Noor Mosque in central Christchurch, or 8:40 p.m ET on Thursday night in America. A specific number of fatalities was not yet made public by police three hours later, but the New Zealand Police Twitter account said that one person was in custody, but that police believed that there may be more than one shooter involved in the attacks.

According to a CNN report at about 12:40 a.m ET, New Zealand police said they had four people in custody in connection with the mosque attacks, three men and one woman.

The shooter live-streamed the horrifying attack using a body camera as he calmly walked through the mosque firing over 100 rounds, shooting worshippers there in seemingly indiscriminate fashion, according to an account by The New Zealand Herald newspaper.

But the paper also reported that the alleged shooter published a lengthy manifesto online, in which he “outlined who he was and why he carried out the massacre at the Christchurch mosque.” The complete, 73-page manifesto was posted on the document-sharing site ScribD.

In the document, the alleged shooter, who identifies himself as a native Australian named Brenton Tarrant, expresses the common white supremacist belief that white people are being subject to “white genocide” and “replaced” by “non-Europeans” due to “mass immigration and the higher fertility rates of the immigrants.”

As seen in the excerpt above, he sites Owens, the 29-year-old communications director of the conservative group Turning Point USA, as “the person that has influenced me above all.”

Owens responded to the mention of her name in the suspected shooter’s manifesto, appearing to laugh at the assertion that she inspired the gunman, and blaming “racist leftists.” Owens is African-American and claims to lead a movement she calls “Blexit,” meaning an “exit” of black Americans from support of the Democratic party, according to Fox News.

But in a Twitter message posted at about 11:53 p.m. ET, Owens continued to attack what she called, “Racist white liberals are on the hunt trying to lynch another black conservative tonight!”