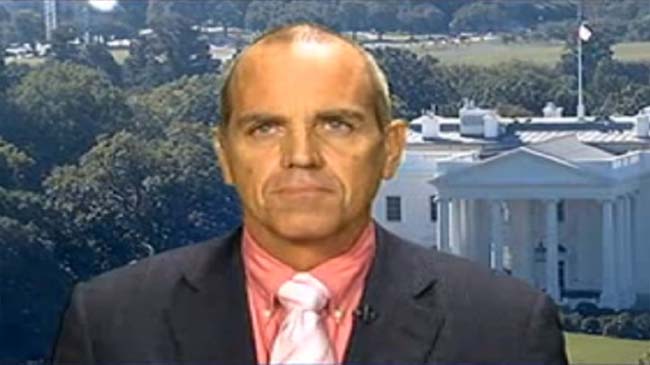 An American peace activist criticized the United States’ media for not examining US and AIPAC’s policies and said attacks on a Muslim Congress member are rooted in racism and Islamophobia.

The CNN and other media are pushing the notion that Ilhan [Omar] and Rashida [Tlaib] are anti-Semitic. The quote that they took from Ilhan’s sentence … was one piece of one sentence,’ Tighe Barry told the Islamic Republic News Agency (IRNA) in a recent interview.

Omar, a liberal Democrat from Minnesota, is one of the first two Muslim women elected to Congress; and also the first one to wear a hijab. Since her election last year, she has faced intense criticism for her comments on Israel.

She has repeatedly criticized the Zionist regime’s leverage in the US administration and said that the US government prioritizes Israel. She says that the Israeli lobby is destructive for the US policies and that they pay the Congress members to support Israel.

American Israel Public Affairs Committee (AIPAC) is a strong lobbying group that advocates pro-Israel policies to the US Congress and Executive Branch.

In reaction to the destructive wave against her, she tweeted, ‘Being opposed to Netanyahu and the occupation is not the same as being anti-Semitic. I am grateful to the many Jewish allies who have spoken out and said the same’ and added ‘I am told everyday that I am anti-American if I am not pro-Israel. I find that to be problematic and I am not alone. I just happen to be willing to speak up on it and open myself to attacks.’

Barry told IRNA that he had been present in Ilhan’s speech and that she was speaking about expectations from the Congress; but CNN and some other media chose ‘one piece of one sentence’ and cut out the rest of her five-minute speech to hit her.

The CodePink member said that the very same media, when they published Elliott Abrams’s speech criticizing Omar, didn’t broadcast her answer which was only five minutes long and they just picked out the part they intended and cut out the rest, which is ‘double-standards.’

CODEPINK is a women-led grassroots organization working to end US wars and militarism, support peace and human rights initiatives, and redirect US tax dollars into healthcare, education, green jobs and other life-affirming programs, the official website writes.


Saying that he was arrested and ‘spent two days in jail’ when speaking in the Congress building in support of Ilhan against pressures, he said that the media didn’t try to reach and talk to him.

‘They only had their own media there…’

He also said that there many who support Ilhan, like Alexandria Ocasio-Cortez who is ‘100% behind Ilhan’, which is ‘humongous’ and will eventually have a strong effect in the future policies of the US.

Commenting on the formation of Israel he said that the story of Israel is ‘forced down American throats from early years, but ‘a lot of that is absolutely false.’

Saying that the Americans ‘can’t separate the truth from the fiction because it has become a myth,’ Barry added, ‘If Americans knew the statistics about what is going on between the US and Israel, it would shatter their concepts,’ and stop supporting Israel.

Without these forces, the US will have big problems, like involvement of Saudi terrorist wars, he said.

The peace activist said that Ilhan’s criticism about Israel and the IAPAC does by no means equal anti-Semitism. There were many Jews there too, the Jews that are called Neturei Karta and call for the dismantling of the Israel because they believe that Jews are forbidden to have their own state until the coming of the Jewish Messiah.

Regarding Ilhan he said that she is a woman of Color, she is a hejabi, and she is Somali whose is being threatened by Islamophobia and racism in the US.

‘She is threatened every day … and by the Ku Klux Klan, by nationalists, by those who hate Islam.’