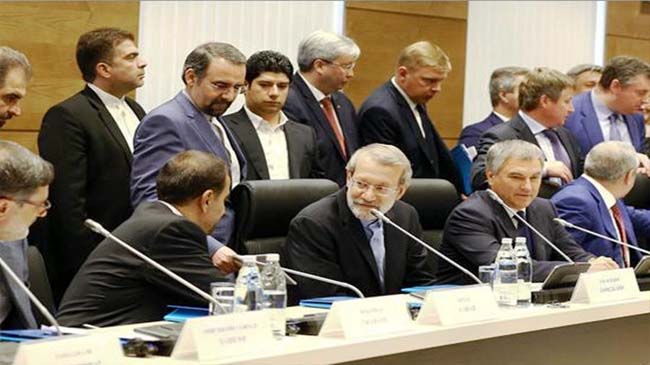 The Russian Federation Council announced that Iran, Russia and Turkey parliaments are to hold a joint meeting to address situation in Syria.

The event seems to be held in line with Iran, Russia and Turkey cooperation in the framework of Astana to bring peace and security to Syria.

The Astana talks, started in 2017, are an initiative of Iran, Russia and Turkey meant to sort out the eight years of war in Syria through trilateral negotiations. The trio have held 11 rounds of such negotiations so far that have led to important decisions about a peaceful settlement of the Syrian conflict.

Syria future after US withdrawal, establishing constitution committee, discussing the latest developments in northern Syria, ending humanitarian aids to Syrians were among the most important topics discussed during the 4th round of Sochi meeting between Iran, Russia and Turkey.

Earlier, Iranian President Hassan Rouhani says strong campaign against terrorism and stabilization of security in Syria are the joint objective of Iran, Turkey and Russia.

He added the fourth summit was within framework of Astana process and the common goal of Iran, Russia and Turkey is stern campaign against terrorism, restoration of stability and security to Syria, compilation of new constitution and consolidation of a democratic government in the country, return of refugees and reconstruction of Syria.