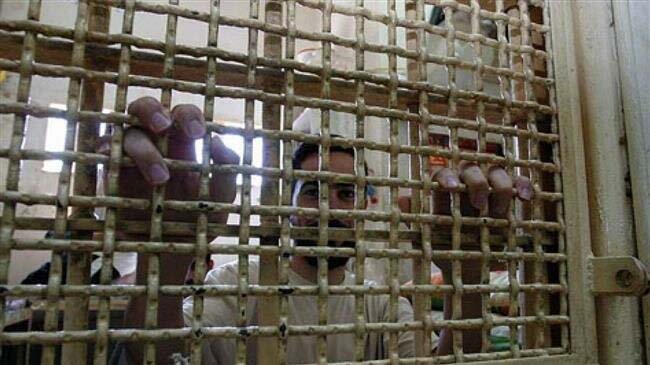 Hundreds of Palestinian prisoners are set to go on hunger strike in Israeli jails in protest at harsh prison conditions and the Tel Aviv regime’s recent crackdowns on inmates.

Qadri Abu Bakr, head of the Commission of Palestinian Detainees and Ex-Detainees, told Palestine’s official news agency WAFA on Saturday that the first group of Palestinian inmates would go on hunger strike on Sunday, adding that another group will join the action on April 17, which marks Palestinian Prisoner Day.

Abu Bakr went on to say that another group of Palestinians would go on hunger strike on May 1.

He highlighted that the prisoners’ main demand was the removal of electronic jamming devices that the Israeli Prison Service (IPS) had installed in several prisons across the occupied territories.

These jamming devices are believed to have severe medical implications, including dizziness, headache and links to cancer.

Palestinian inmates are also demanding that the IPS install public phones in prison yards so that they can get in touch with their families.

Moreover, Palestinian prisoners are calling on Israeli officials to reverse punitive measures introduced in Naqab and Rimon prisons in the wake of recent riots there.

More than 7,000 Palestinians are reportedly held at Israeli jails. Hundreds of the inmates have apparently been incarcerated under the practice of administrative detention, a policy under which Palestinian inmates are kept in Israeli detention facilities without trial or charge.