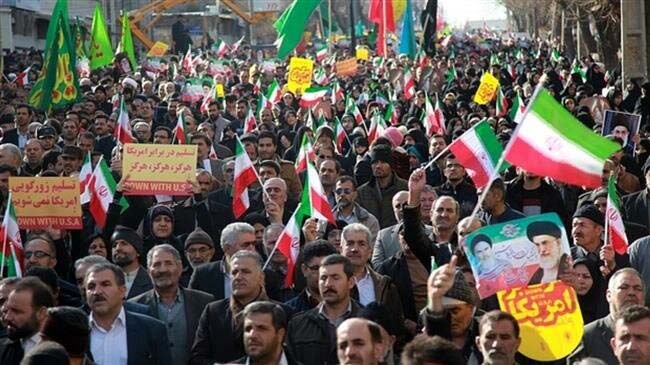 Iranians have held nationwide rallies to express support for the Islamic Revolution Guards Corps (IRGC) following US blacklisting of the popular force.

The rallies took place on Friday as people across the country marched, chanting slogans and holding placards in support of the IRGC.

The demonstrations came after numerous expressions of support by the Iranian public and different political factions were made for the military organisation.

Ayatollah Kermani referred to statements made by US officials implicating that Washington had effectively helped in the formation of numerous terrorist groups such as Daesh, saying “the US is the mother of terrorism.”

Ayatollah Kermani also highlighted the IRGC’s role in countering terrorist groups in the region, describing the US blacklisting as “comical”.

On April 8, US President Donald Trump blacklisted the IRGC, which helped the national armies of Iraq and Syria rid their countries of Daesh terrorists in late 2017.