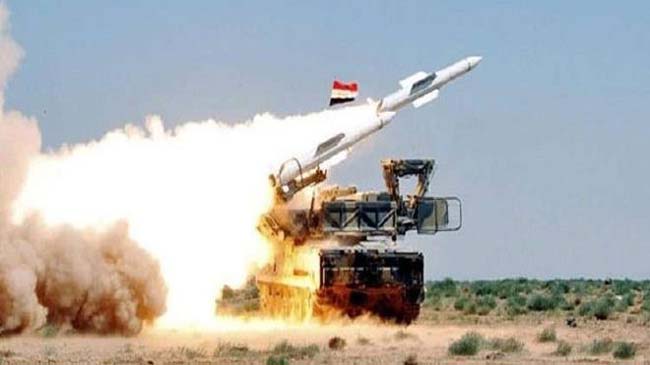 The air defenses at the Syrian Arab Army intercepted an Israeli aerial attack that targeted one of the military positions towards Massyaf City in Hama northern countryside.

A military source said that at about 02:30 am on Saturday, warplanes of the Israeli enemy conducted an airstrike from the Lebanese airspace on one of the military positions towards Massyaf City.

The source added that the Syrian air defenses immediately intercepted the hostile missiles and downed some of them before reaching their targets.

The source indicated that the Israeli attack caused the destruction of some buildings and the injury of three fighters.