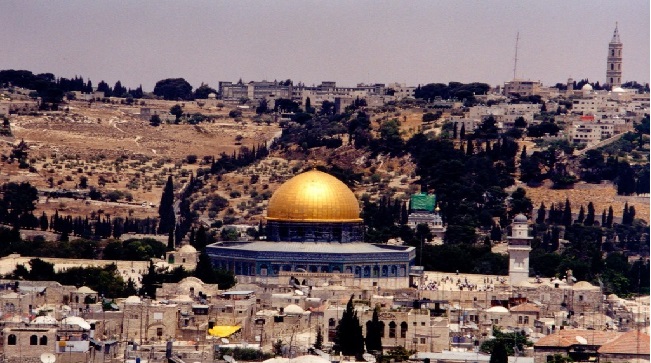 Israeli foreign ministry officials have allegedly been passing around in their online communication an unsigned document that claims to offer insight into the secret “deal of the century” plan soon to be released by US President Donald Trump and his administration.

The document, reported by Israeli daily Yisrael Hayom earlier this week, says the deal will be allegedly signed between the Zionist entity, Hamas and the Palestinian Authority, and will bring about the creation of a state called “New Palestine.”

This state would include the Gaza Strip and the West Bank, excluding Israeli settlements, and will share its capital with the occupation entity. Arab residents of Al-Quds (Jerusalem) will be citizens of New Palestine.

The holy places will remain in their current state and no Arab or Jew will be allowed to purchase homes in neighborhoods of the other community.

Egypt is meant to lease to New Palestine land on which it will open an airport and an industrial zone, according to the supposedly released plan. A road would be paved between Gaza and the West Bank and it would be possible to transfer desalinated water via an underground conductor between the two places, the report added.

The US, EU and Gulf States purportedly would finance the deal at a cost of $30 billion during the first five years. ‘Israel’ will carry the cost of evacuating any settlements. This support is meant to build a viable economy for the Palestinians, according to the report.