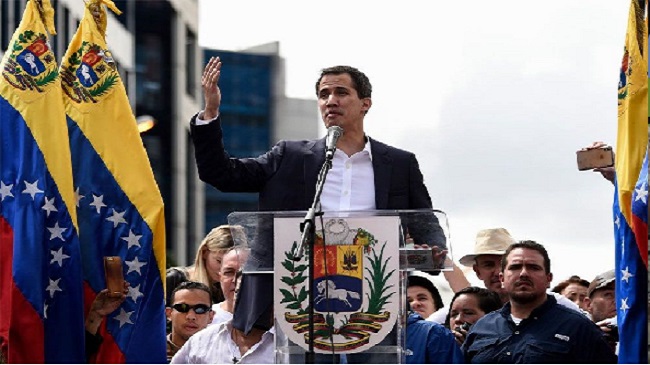 “We warn the people of Venezuela and the international community: the regime has kidnapped the first vice-president” of the National Assembly, Guaido said in a Twitter message.

“They are trying to destroy the power representing all Venezuelans, but they will not achieve it,” Guaido said.

The three — named as Freddy Superlano, Sergio Vergara and Juan Andres Mejia — are accused of high treason and conspiracy.

It brings to 10 the number of opposition lawmakers indicted for supporting Guaido, following a court announcement indicting seven others on Tuesday.

Soon after the announcement, the Constituent Assembly stripped the seven of their parliamentary immunity.

Guaido was himself stripped of his immunity on April 2.