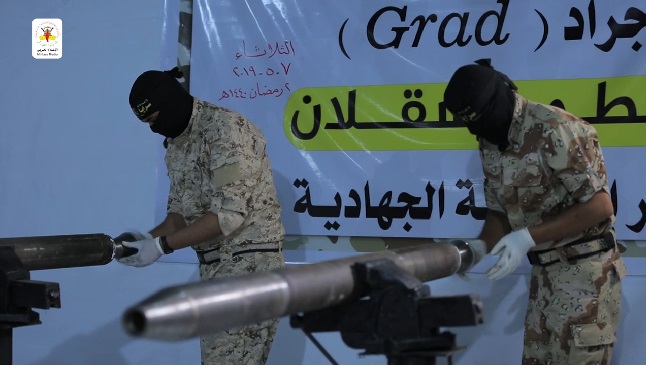 Islamic Jihad resistance movement stressed readiness for a next battle with the Zionist entity, noting that the next confrontation will start where the latest has ended.

The Islamic Jihad’s spokesman Abu Hamza said the group is closely monitoring the commitment of the Israeli enemy with the latest ceasefire reached with the Palestinian resistance after two days of aggression against the coastal enclave.

“The Palestinian resistance will start the next battle where the latest one has ended if the Israeli enemy doesn’t comply with the ceasefire.”

The spokesman added on Wednesday that the group’s manufacturing force started since the first moments of the ceasefire to produce more missiles, stressing that the new rockets will be ready within days.

Abu Hamza meanwhile hailed the resistance’s developing capabilities, referring to Badr 3 rocket which was used in the latest confrontation with the Zionist entity.

“This development had it not been for the blood of manufacturing force’s fighters and the support from the Axis of Resistance, especially the Islamic Republic.”

He also stressed the importance of cooperation which took place between the Islamic Jihad and Hamas, through establishing the joint operations room.

As he saluted the courageous Palestinian people over their sacrifices, he stressed: “Our people have taken a firm decision to break the siege on Gaza.”

Al-Quds Brigades announced that the production of more rockets is in the making, stressing full readiness for any battle with the Zionist entity.