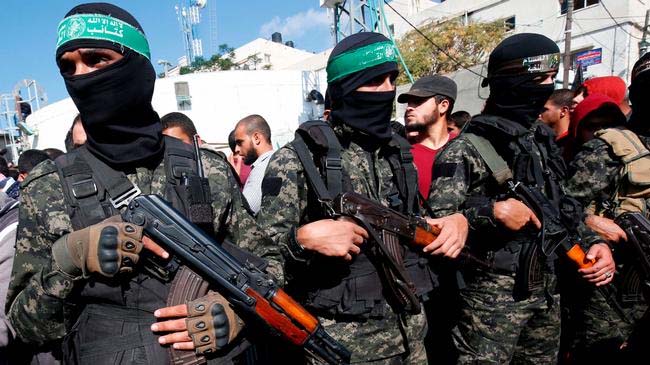 In an interview with Mehr, Ismail Radwan, a senior member of Hamas, hailed the role that the International Quds Day plays in keeping the Palestinian cause alive, saying that the day this year will mark the total collapse of the ‘Deal of the Century.’

Ismail Radwan told Mehr that the International Quds Day, which has been commemorated for years, has restored the credibility of the occupied Quds, as the first Qibla of the Muslims.

Radwan also expressed his appreciation to the Islamic Republic of Iran for the role it plays in informing the young generation of the Islamic Umma about the issue of Palestine.

“The Islamic Republic of Iran has always emphasized the importance of the role of the young people in supporting the issue of Palestine and opposing the occupation,” he noted.

He further described the Quds Day, which is commemorated each year on the last Friday of the holy month of Ramadan, as a day this year which would mark the total collapse of the ‘Deal of the Century.’

Radwan went on to say that the ‘Deal of the Century’ aims to legitimize the Zionist regime of Israel’s control over the occupied lands.

He further condemned attempts by some Arab states to normalize relations with Israel, declaring Quds and the occupied Golan Heights as part of the Arab and Islamic world forever.

Elsewhere, the Hamas official referred to the Bahraini-hosted meeting to discuss the economic aspects of the ‘Deal of the Century’ and praised the stance taken by the Bahraini nation against the meeting.

He furthermore called on Arab and Islamic nations to come out on Quds Day this Friday to strongly condemn the ‘Deal of the Century’ and the attempts by some Arab rulers to normalize relations with Israeli enemy.

And finally, Radwan stressed that resistance will continue as before, hailing the victory in the recent battle in Gaza. He further noted the Israeli regime has been forced into retreat recently, calling for more cooperation and coordination among various factions of the Resistance forces.