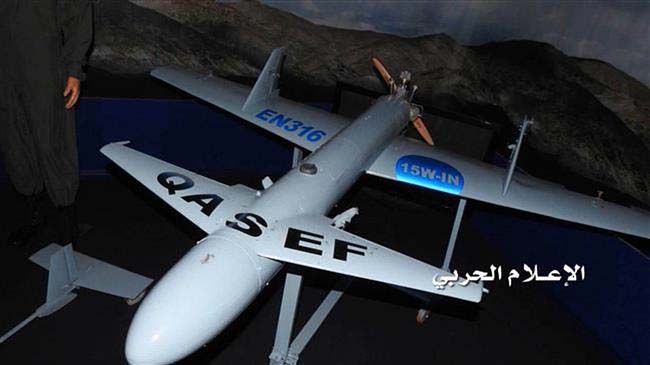 Yemeni allied forces of the national army and the popular committees launched on Sunday a drone attack targeting a Saudi-led coalition military parade in the port city of Aden.

The source stressed that the operation was successful, noting that it was carried out following surveillance.

The Saudi-owned Al-Hadath channel later quoted sources that the air defenses shot down a drone west of Aden.

There was no official comment from Saudi Arabia or the coalition. Local officials told Reuters that the coalition foiled an attack targeting one of its military camps in Aden.

Later on Monday, Al-Massirah reported that the rocket force in the Yemeni army targeted Saudi-led coalition forces and mercenaries in Al-Bayda with a ballistic missile Bader-F.