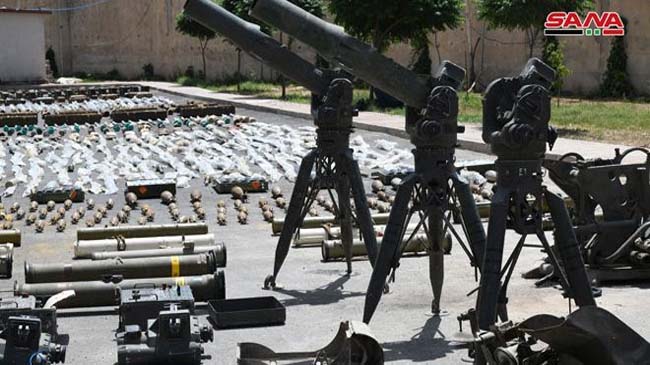 The authorities on Monday seized weapons and ammunition, including US-made TOW missiles left behind by terrorist groups in the southern region.

A source in the competent authorities told SANA that the seized weapons included hundreds of thousands of machine gun rounds, some of which Israeli-made,  machine guns of 12.7mm, 14.5mm and 23mm and a number of anti-tank missiles including US-made TOW missiles.

The source pointed out that a drone capable of carrying about 20 kg of explosive materials was also among the sized weapons.