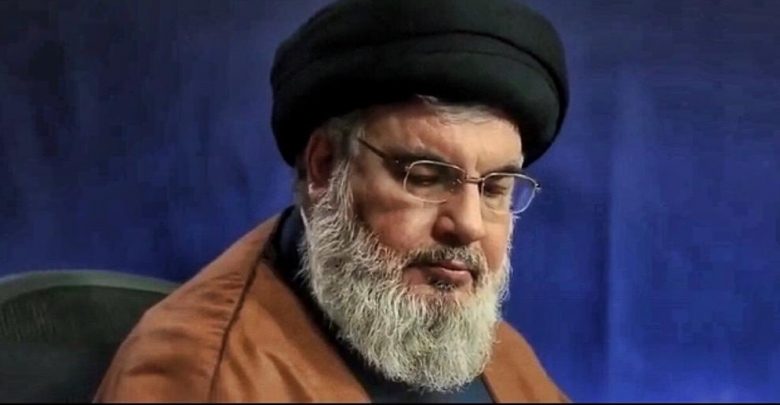 Describing General Qassem Suleimani as the “master of Resistance Axis’ martyrs,” Hezbollah Secretary General Sayyed Hasan Nasrallah stressed that avenging the commander of IRGC’s Quds Force is the responsibility and duty of all resistance mujahidin around the world.

In a statement released on Friday, the leader of the Lebanese Resistance commented on the martyrdom of General Suleimani and Deputy Commander of Iraq’s Hashd Shaabi Abu Mahdi Al-Muhandis in a US strike on Baghdad airport early Friday.

“The dear brother and great leader Hajj Qassem Suleimani has reached his ultimate wishes by embracing martyrdom. He deserves to be called the Master of Resistance Axis’ martyrs.”

His eminence called General Suleimani as the “courageous, role model and kindhearted father of Resistance mujahidin in the region.”

He pledged to “continue his path and to work throughout days and nights to achieve his goals.”

“We will raise General Suleimani’s flag in all the battlefields and the victories of the Axis of Resistance will augment thanks to his blood.”

Sayyed Nasrallah stressed, meanwhile, that “meeting out the fair punishment to these criminal assassins, who are the most malign people in the world, will be the responsibility and task of all Resistance Mujahidin around the world.”

The US killers won’t be able to reach their goals through their flagrant crime, Sayyed Nasrallah affirmed.

“Iraqi people will prove their loyalty to the martyred commanders and won’t accept that their blood go in vain,” Sayyed Nasrallah stressed.

“The blood of the martyrs, Suleimani, Al-Muhandis and others presents an incentive to continue the path and achieve our hopes in a free, dignified and independent Iraq that is occupation and terror free.”