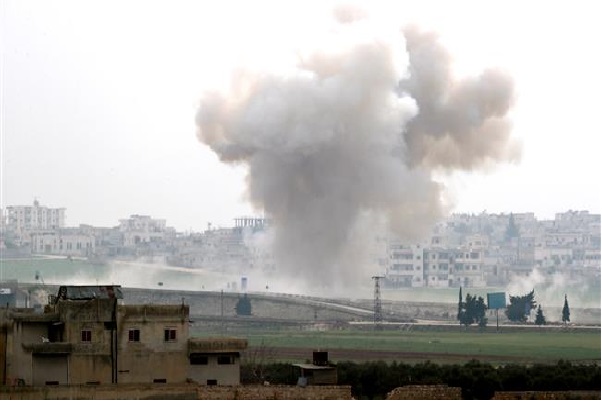 Iran has called for an urgent containment of the chaotic situation in Syria’s northwestern province of Idlib amid territorial gains made by Syrian government forces, backed by allied fighters from popular defense groups, against foreign-sponsored Takfiri militants in their last major bastion in the country.

“The Islamic Republic of Iran is closely monitoring and pursuing the field developments and the regional consequences in Idlib,” the Iranian Foreign Ministry said in a statement on Friday.

“Given the previous decision made by senior officials attending the Astana [peace] process on holding this meeting in our country, the Islamic Republic of Iran continues its efforts to hold the summit under the current critical circumstances,” it added.

Iran believes participants at the Astana summit can take effective measures to battle terrorism, avoid harm to civilians and resolve the conflict through diplomacy, the statement said.

Turkey’s Foreign Ministry said on February 20 that Turkish, Russian and Iranian representatives are working on coordinating a date for a trilateral summit on the Syrian peace process.

“The parties are working to agree on a date for the summit. As soon as an agreement between the three countries is reached, the date of the summit will be announced to the public,” Russia’s TASS news agency cited a source in Turkey’s Foreign Ministry as saying.

The previous trilateral meeting, the fifth in a row, between the presidents of the countries acting as guarantors of the Astana process to promote a peaceful settlement in Syria took place in Ankara in September 2019.

The trio also maintains contacts as part of the high-level meetings on Syria in Nur-Sultan, Kazakhstan. The last such meeting was held on December 10-11, 2019.

Elsewhere in the statement, the Iranian Foreign Ministry condemned efforts by third parties, particularly the United States, to tarnish the outcome of the Astana summit through an irresponsible approach and said Tehran is in close contact with its allies and would make further efforts to end the conflict in Syria.

Idlib remains a flash point amid Turkey’s increased military presence in the region.

The ongoing Syrian government offensive in Idlib was launched in August last year after terrorists failed to honor the Sochi de-escalation zone agreement brokered between Russian and Turkey in September 2018.

The so-called Syrian Observatory for Human Rights reported that 34 Turkish soldiers had been killed in airstrikes in the area on Thursday.

The Britain-based monitor further noted that the casualties took place in a district located between the town of al-Bara, located in the Zawiya Mountain, and Billion town.