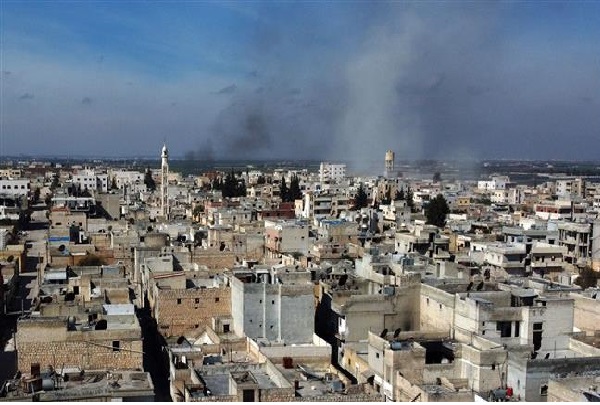 Syria has shut its airspace over the country’s northwest, particularly the embattled Idlib province, warning to bring down any aircraft that violates it.

Syria’s official SANA news agency quoted a military source as saying on Sunday that the army had taken the measure based on its adherence to “constitutional and national duties in defending the sovereignty of the state and protecting its security and territorial integrity.”

“Any aircraft that breaches the Syrian airspace will be dealt with as hostile aircraft that must be downed and prevented from achieving their hostile goals,” he added.

The military source also lashed out at Turkish forces for carrying out “hostile acts” against the Syrian armed forces by directly targeting their positions in Idlib and its adjacent areas and providing support to armed terrorist organizations.

“These repeated hostile Turkish acts will not succeed in saving terrorists from the strikes of the Syrian Arab Army and they prove the Turkish regime’s disavowal of all the previous agreements including the Sochi memo,” it added.

SANA denied the report and said that the Syrian army had downed a Turkish drone over the strategic city of Saraqib, which lies on the intersection of the M5 and M4 highways.

Over the past few weeks, tensions have escalated between Ankara and Damascus in Idlib, the only large territory in the hands of terrorists.

The Syrian military has managed to undo militant gains across the Arab country and bring back almost all of Syrian soil under government control.

Syria launched a counter-terrorism offensive in Idlib and neighboring areas last December after its troops and those of Russia came under increasing militant attacks.

Turkey is evidently upset by changing conditions on the ground. It has deployed massive troops and military equipment in recent weeks to stop Syrian troops from ousting terrorists.

On Thursday, Turkey said at least 36 of its soldiers were killed in an aerial attack by Syrian forces in Idlib.

The Russian Defense Ministry said the Turkish troops who came under fire “were in the battle formations of terrorist groups.”

Under a deal reached between Turkey and Russia in the Black Sea resort of Sochi in September 2018, Turkish troops were deployed in Idlib and set up observations posts there.

The agreement required Ankara to oust Takfiri terrorists from the northwestern Syrian province. But, more than a year into the Sochi deal, foreign-backed terrorists rule supreme in Idlib in close proximity to the Turkish troops.