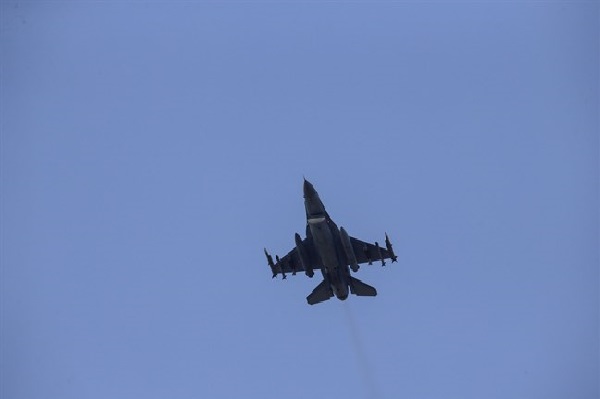 State-run Syrian media said troops shot down a Turkish drone, keeping up a clash in the skies over the northwestern province that has gone on for days and signaled a new stage in the 9-year-old war, AP reported.

The Turkish Defense Ministry announced on Twitter that its forces downed an L-39 warplane belonging to Syrian government forces. The Syrian military said Turkish forces targeted a warplane with a missile as it was carrying out operations against “terrorist groups” in the militant-held Idlib region, causing it to crash northwest of the town of Maaret al-Numan. The fate of the crew was not clear.

Turkey has sent thousands of troops into Idlib to support the militants holed up there, but hasn’t been able to roll back the Syrian government’s advance.

Turkish President Recep Tayyip Erdogan has said he hopes to broker a cease-fire in Syria later this week when he meets with Russian President Vladimir Putin in Moscow.

The Russian-backed offensive of the Syrian Army into the country’s last militant-held area has led to increasingly frequent clashes between the Syrian and Turkish armies that have killed dozens on both sides.

A Turkish soldier was killed and another wounded Monday night, Turkey’s Defense Ministry said, raising to 55 the number of Turkish losses this month in clashes with Syrian forces. The death toll includes 33 Turkish soldiers killed Thursday in a single airstrike.

Tensions in Idlib rose following the Syrian strike that killed the 33 Turkish soldiers. Turkey responded with drone attacks and shelling that it says have killed more than 90 Syrian troops and allied fighters.

The Turkish air force said on Sunday it shot down two Syrian warplanes after Syria’s air defenses shot down one of its drones. The Syrian pilots ejected safely.