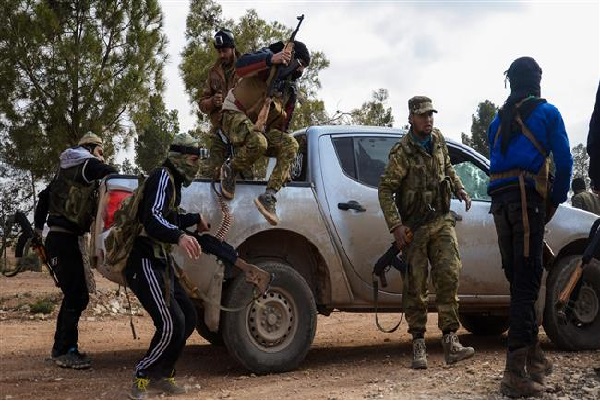 The Turkish military has provided close artillery support to the terrorist forces in the southern countryside of the Idlib Governorate on Saturday, as the latter’s fighters have managed to already capture several sites along the western arm of the Al-Zawiya Mountain region.

Led by the National Liberation Front (NLF), the Turkish-backed militants have already captured three towns north of the Shashabo Mountain after a fierce battle with the Syrian Arab Army (SAA) and Syrian Republican Guard.

According to a military source from the SAA, their troops have suffered over 15 casualties while trying to defend against the Turkish-backed onslaught in the southern region of Idlib.

In addition to the losses to their personnel in southern Idlib, the Syrian Army has also lost two important towns, including Kafr ‘Awaid, which is at the northern tip of the Shashabo Mountain.

The Syrian Army is now trying to repel the militant advance, but they are lacking the equipment needed to beat back any large-scale attacks.