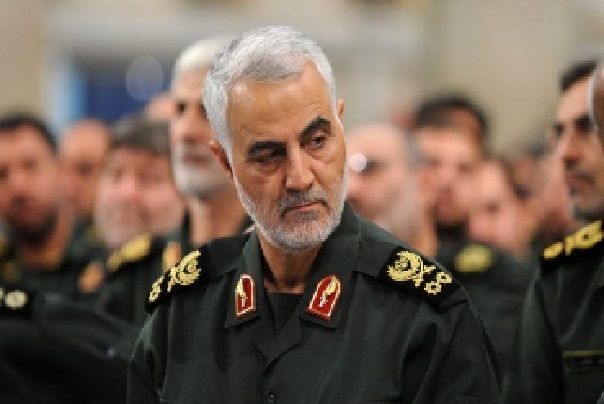 Kata’ib Hezbollah in Iraq threatened to ignite the country and declare war if the head of the intelligence services, Mustafa Al-Kazimi, was nominated for the post of prime minister.

In a statement on his Twitter account, Iraqi security official in Kata’ib Hezbollah, Abu Ali Al-Askari, accused al- Kazimi of assisting the U.S. in carrying out the assassination of the commander of the Quds Force, Major-General Qassem Soleimani, and the deputy head of the Popular Mobilization Units (Hashd Al-Sha’abi), Abu Mahdi al-Muhandis.

Al-Askari said: “It is better for Iraq to stick with Abdul-Mahdi and return it to its natural place to overcome what was not overlooked,” believing that “the only point in front of Abdul-Mahdi is the opinion of the reference, and if this barrier is lifted, he will continue to perform his mandate and complete his duties.”

He continued: “Some of them have discussed the candidacy of the head of the intelligence service, Mustafa al-Kazimi, for the position of prime minister, and he is accused of helping the American enemy to carry out the assassination of the leaders of Suleimani and Al-Mohandis.”

The United States of America announced the killing of Soleimani and Al-Mohandis on January 3 in a drone attack, while Iran described the attack as “state terrorism” and vowed revenge, and on January 8, they launched a missile attack on two military bases in Iraq, including the Ain al-Assad base, which includes about 1,500 American soldiers.

Last Sunday, the Iraqi Prime Minister-designate, Muhammad Tawfiq Allawi, apologized for forming the Iraqi government, sending a message to the Iraqi people to continue to press through peaceful demonstrations so that their sacrifices are not lost, while Iraqi President Barham Saleh said that consultations will be held to choose an alternative to Allawi during 15 days according to legal and constitutional frameworks.