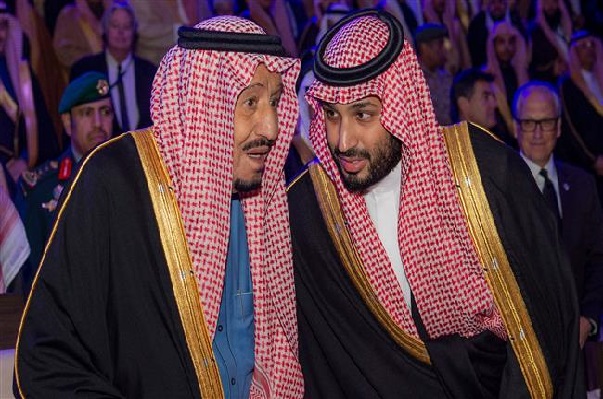 He was the fourth prince taken into custody after the detention of his father Ahmed bin Abdulaziz, along with former Crown Prince Mohammed bin Nayef and his half brother Nawaf on Friday.

Prince Nayef has held positions in both the Saudi Interior Ministry and the military. A Saudi military website still lists him in his former role as the head of army intelligence.

The arrests came just days after Prince Ahmed, the king’s only surviving full brother and a potential rival to bin Salman, had returned from a falcon hunting trip abroad. His son, Prince Nayef, was with him at the time, a person close to the family said.

Prince Ahmed was one of only three people on the Saudi Allegiance Council who opposed bin Salman becoming crown prince in 2017.

In 2018, he made comments critical of the crown prince to protesters chanting for the downfall of the Al Saud dynasty in London, but later said he had been misinterpreted.

Mohammed bin Nayef was next in line to the throne before he was suddenly replaced by bin Salman in 2017. Since being ousted, Prince Nayef has effectively been under house arrest and prevented from leaving the kingdom.

Three sources with knowledge of the crackdown, including a regional source, said Mohammed bin Nayef and Prince Nawaf had been picked up at a private desert camp.

The arrests have sparked speculations that aging King Salman is about to die or abdicate.

Reuters cited a regional source as saying that bin Salman “accused them of conducting contacts with foreign powers, including the Americans and others, to carry out a coup d’etat.”

The news agency further quoted sources as saying that King Salman had himself signed the arrest warrants.

Meanwhile, the Middle East Eye news portal reported that moments after the arrests, bin Salman had ordered the princes to tweet their loyalty to him.

“Although many questions still remain about what has happened in Saudi Arabia in the last 24 hours, what is clear is that MBS is now facing ruling Saudi Arabia without the backing of the rest of the royal family,” said Hugh Miles, editor of ­ArabDigest.org.

“This is a major problem for him because any would-be Saudi king is expected not only to have the royal family’s full allegiance, but also to be able to prove it.”

Michael Stephens, a scholar at the Royal United Services Institute, said, “It looks like MBS is just taking out all rivals.”

“The problem is that after the Khashoggi murder, trust in the kingdom of Saudi Arabia is very low,” he added. “No one will believe the official narrative.”

Bin Salman is said to be the chief culprit behind the brutal killing of dissident journalist Jamal Khashoggi by a Saudi hit team inside the kingdom’s consulate in Istanbul on October 2, 2018.